It’s a strange time for U.S. mortgage rates. After reaching and remaining at historical lows due to the COVID-19 pandemic, mortgage rates are experiencing quite a bit of fluctuation, dipping above and below the 3% mark. However, despite the Federal Reserve pulling back on purchasing mortgage-backed securities (MBSs) and a promising U.S. retail sales report, mortgage rates still seem to be remaining low.

While this fluctuation of mortgage rates may continue through December 2021, its constant seesawing may be due to several economic factors such as the rise of COVID-19 cases in the U.S. and Europe, the Federal Reserve’s actions, low unemployment rates, higher spending rates among consumers, and inflation.

A resurgence of the COVID-19 pandemic across the U.S. and Europe may play an especially large role in what direction mortgage rates go, especially with the holiday season in the U.S. kicking off.

In the U.S., while COVID-19 rates are about half of what they were at this time of year last year, according to John Hopkins University, in November 2021, the U.S. experienced a 16% spike in COVID-19 cases. Meanwhile, in Europe, the European Union is worried that the massive uptick in COVID-19 cases may inhibit its economic recovery.

These increases in COVID-19 cases may inspire a lack of confidence in the economy, thus, pushing investors to keep mortgage rates low.

However, there are other forces at work, as well. The decisions of the Federal Reserve, for example, may bring an increase in mortgage rates.

“Various participants noted that the Committee should be prepared to adjust the pace of asset purchases and raise the target range for the federal funds rate sooner than participants currently anticipated if inflation continued to run higher than levels consistent with the Committee’s objectives,” the Federal Reserve stated in its November meeting minutes.

“The Fed is in motion, pushed by inflation running ahead of their forecasts and looking less transitory than they had anticipated. They left themselves some room for policy change by committing to the speed of tapering assets for only two months, where adjustments could be made thereafter,” said Doug Duncan, Fannie Mae Senior Vice President and Chief Economist, in a Fannie Mae report.

For now, as these two economic opposing forces continue to battle it out, mortgage rates may persist in their fluctuation. For example, in the week ending on November 4, 2021, 30-year fixed-rate mortgages were clocked at 3.09%, according to Freddie Mac. That very next week, mortgage rates for that same type of mortgage dipped below 3% at 2.98%, then back up to 3.1% the next week. However, as long as the U.S. continues to make economic strides, in the long term, Americans may see mortgage rates increase overall.

Mortgage Rate Predictions for the Next 90 Days

According to Freddie Mac’s quarterly forecast, Americans may see 2021 close out with 30-year-fixed mortgage rates at around 3.4%. However, only time will tell as Americans continue to see fluctuating mortgage rates potentially for the remainder of 2021, especially in light of COVID-19 cases and the holidays. However, strong economic indicators may cause mortgage rates to rise slightly throughout the next 90 days.

One of those indicators includes an increase in retail and food service sales. According to the U.S. Census Bureau sales in these sectors rose by 1.7% in October, while automotive sales and parts grew by 1.8%. Other areas such as industrial production (1.6%), manufacturing output (1.2%), and mining production (4.1%) also experienced growth, as did motor vehicle production (11%).

While “much of the gain was caused by higher prices in October”, according to Fannie Mae, it is still aligned with the organization’s prediction of a revival in “personal consumption growth” in the fourth quarter of 2021.

If the Federal Reserve continues to taper off its purchases of MBSs to keep mortgage rates low, Americans may see the impact in 2022 as well as in 2023. According to a report by Fannie Mae, mortgage rates are expected to reach 3.5% by 2023 because of inflation.

“Economic growth continues to slow, but not precipitously; and as rates have not yet reacted strongly, housing and mortgage activity remain very strong. Market participants will have one eye on the monthly inflation releases and the other eye on the Fed in the months ahead,” Duncan stated in the report. “How credible investors, business leaders, and consumers find the Federal Reserve’s evolving beliefs regarding the passing or sustained level of inflation and resulting monetary policy actions will be key – their choices will impact economic growth as well as housing and mortgage activity.”

The COVID-19 pandemic continues to be disruptive to home construction. Housing market issues with the supply chain and labor shortages — which limit the number of homes available to be sold compared to the demand — aren’t expected to end anytime soon, some experts believe. In fact, they’ll likely extend into 2022, according to some researchers.

“We also expect inflation to remain elevated through much of next year,” Doug Duncan, Fannie Mae senior vice president and chief economist, said in a Fannie Mae report. “Affordability remains a challenge, even with mortgage rates near historic lows; if the pace of income growth doesn’t keep up with inflation and interest rates rise more than expected, we’d expect housing activity to slow from our current projections.”

While in the report, Freddie Mac does acknowledge that housing prices are the “highest they have been in 131 years of data dating back to 1890,” it does predict that pricing will start to moderate. Freddie Mac expects to go from full-year house price growth of 12.1% in 2021 to 5.3% in 2022. 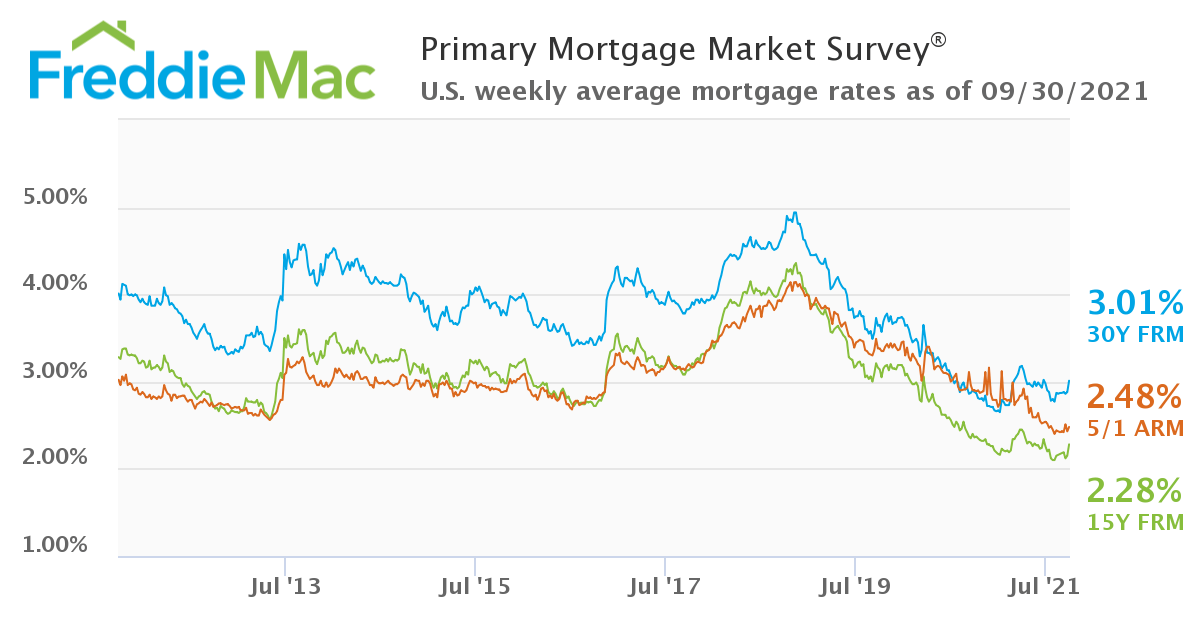