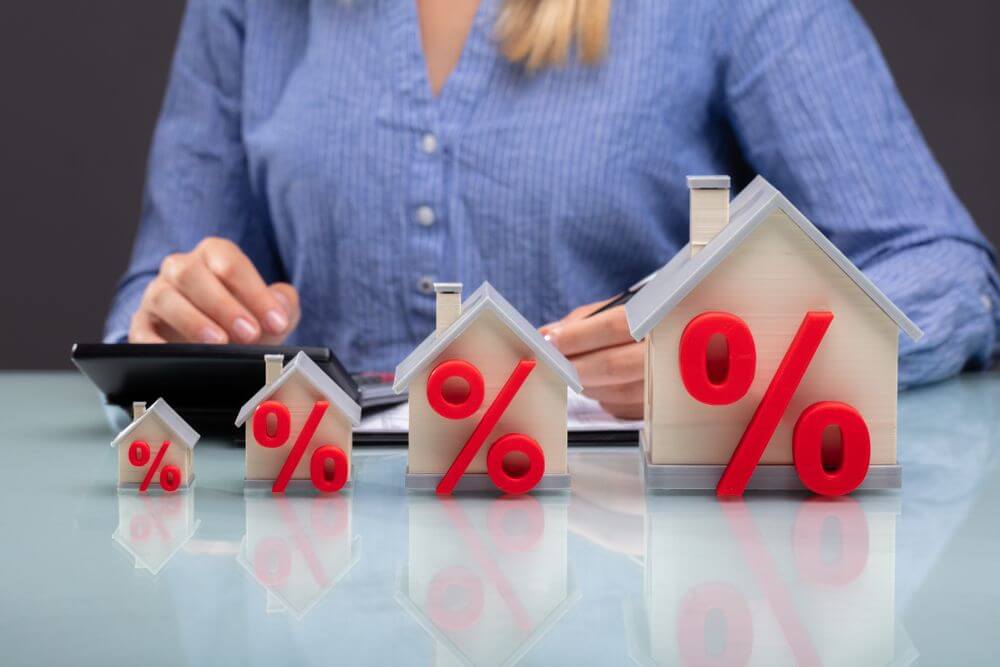 As the federal government continues to roll back COVID-19 support programs, inflation increases, and supply chain issues continue, mortgage rates are expected to level out in February. However, rates are predicted to continue on a gradual upward trend throughout the rest of the year. Some institutions, such as Freddie Mac, trace this rise to economic growth slowing down in 2022 as well as changes to monetary policy. One of the most impactful policies is the Federal Reserve’s decision to pull back on purchasing mortgage-backed securities (MBSs). However, mortgage rates aren’t the only things intensifying in price.

Despite the end of 2021 being dubbed a “strong economy” by Freddie Mac, inflation rates are projected to continue to rise into February as economic improvements pump the brakes. To align with the direction of the economy, members of the Federal Reserve decided to wrap up its buying of assets at a quicker pace during their December 2021 meeting.

The bottom line for Americans? While the housing market still offers a challenge to homebuyers, the February mortgage rates prediction is that interest is expected to remain relatively stable.

These numbers fall in line with Freddie Mac’s quarterly prediction of mortgage rates in the first quarter of 2022, sitting around an average of 3.5%, with rates jumping up only to 3.6% during the second quarter. Considering where rates sit currently and where they’re expected to be next quarter, it stands to reason that February mortgage rates won’t be moving much, though they may increase a bit.

As of January 22, 2022, Zillow reported refinancing rates remained steady at 3.28%. Because of the low-interest rates, refinancing was popular among consumers during the first half of 2021, though they are quickly dropping in 2022. According to Freddie Mac’s quarterly report, refinance originations dropped from $2.6 trillion in 2021 to below $1 trillion in 2022.

Mortgage rates in February will depend on multiple political and economic factors.

Mortgage Rate Predictions for Q1 of 2022

The upward trend in mortgage rates will likely continue well into the first quarter of 2022.

In January 2022, Freddie Mac predicted in its quarterly forecast that mortgage rates would continue to inch higher throughout 2022, rising to 3.5% during the first quarter, up from 3.1% in the last quarter of 2021.

According to Fannie Mae, the interest rates in the first quarter may depend on supply chain issues in the housing market, issues that have plagued the industry as a result of COVID-19, and high demand among consumers for housing.

In its economic and housing outlook report, Fannie Mae stated that should supply chain issues continue for longer than expected, an additional energy increase occurs as a result of minimal additional supply coming online, and accelerating wage pressures – an inflation rate above 8% or 9% by the end of the second quarter 2022 is certainly plausible.

This gradual increase in mortgage interest rates may be a sign that homebuyers may have to bid mortgage rates below 3% farewell for quite some time. 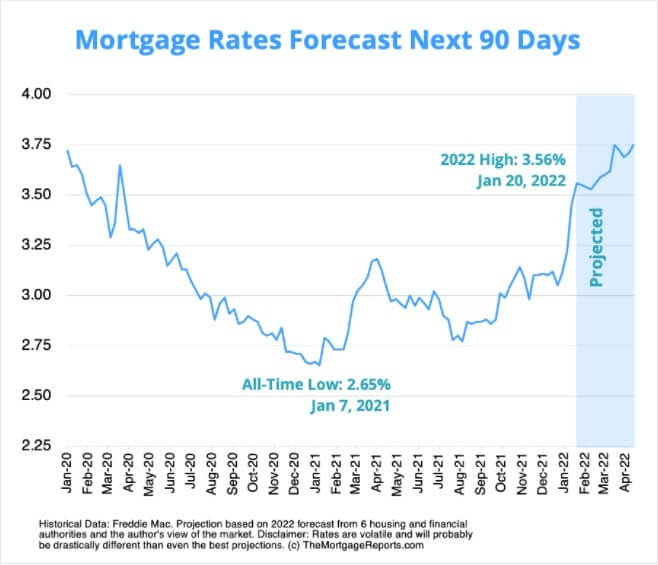 Before digging into what February mortgage rates in 2023 may look like, it’s important to understand what Freddie Mac and Fannie Mae are forecasting for the first quarter of that year.

These institutions’ predictions aren’t too off from mortgage rate estimations for February 2022. Given that information, homebuyers may expect mortgage rates to land somewhere in the mid to upper range within the 3-4% mark during the month of February in 2023. This may be good news for homebuyers as this may not be much of a difference from where mortgage rates fall in February 2022, though rates may increase a bit going off of Freddie Mac’s forecast.