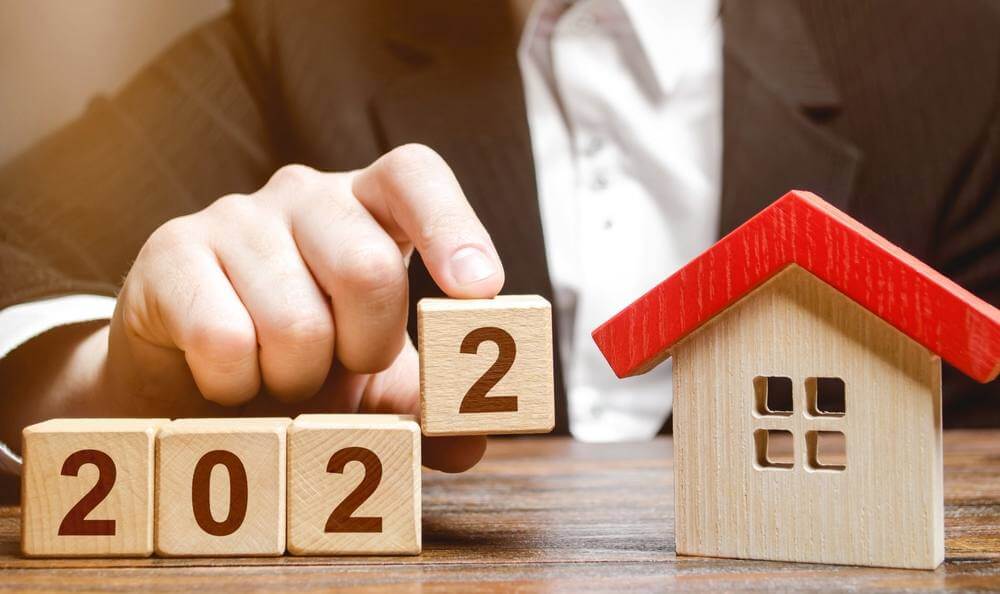 Mortgage rates have breached 4% for the first time since the summer of 2019, and these rates may continue to rise, particularly because of rising inflation. However, the Russia-Ukraine crisis is also seen as a contributing factor.

Some institutions, such as Freddie Mac, trace the rise in inflation to economic growth slowing down in 2022 as well as changes to monetary policy. One of the most impactful policies is the Federal Reserve’s decision to pull back on purchasing mortgage-backed securities (MBSs). However, mortgage rates aren’t the only thing intensifying in price.

Despite the end of 2021 being dubbed a “strong economy” by Freddie Mac, inflation rates are projected to increase as the beginning of the second quarter starts. To offset rising interest rates, members of the Federal Reserve announced they would raise rates during its March meeting.

What does this mean for American consumers? While prices in the housing market have “moderated,” it may still present a challenge to looking to purchase a home.

These numbers are much higher than Freddie Mac’s quarterly prediction of mortgage rates in the second quarter of 2022, sitting around an average of 3.6%, with rates jumping up only to 3.7% during the third quarter. This is partly because consumer spending turned out to be much higher than predicted. This increase in mortgage rates is creating a financial hurdle for many potential consumers.

As of March 18, 2022, Zillow reported refinance rates for 30-year fixed mortgages were at 4.01%. Because of the low-interest rates, refinancing was popular among consumers during the first half of 2021, though they are quickly dropping in 2022. According to Freddie Mac’s quarterly report, refinance originations dropped from $2.6 trillion in 2021 to below $1 trillion in 2022.

Mortgage rates in April will depend on multiple political and economic factors.

Mortgage Rate Predictions for Q2 of 2022

The upward trend in mortgage rates will likely continue well into the first quarter of 2022.

While Freddie Mac has yet to release its second 2022 quarterly forecast, the institute predicted in its January quarterly forecast that mortgage rates would continue to inch higher throughout 2022, rising to 3.5% during the first quarter, up from 3.1% in the last quarter of 2021.

Freddie Mac predicts mortgage rates would average out to 3.6% during the second quarter, though they are currently much higher than that. Freddie Mac also estimated that mortgage rates will continue to increase throughout 2022 with a projected 3.7% in both quarters three and four.

According to Fannie Mae, the interest rates may depend on the conflict between Russia and Ukraine as well as supply chain issues in the housing market.

“We expect home purchase loan volume to hold up reasonably well but refinance activity to fall off considerably over our forecast horizon, perhaps totaling only a third of originations, unless there is a drop in mortgage rates, which we do not expect,” said Doug Duncan, Fannie Mae senior vice president and chief economist.

In its economic and housing outlook report, Fannie Mae stated that should supply chain issues continue for longer than expected, an additional energy increase occurs as a result of minimal additional supply coming online and accelerating wage pressures – an inflation rate above 8% or 9% by the end of the second quarter 2022 is certainly plausible.

This gradual increase in mortgage interest rates may be a sign that homebuyers may have to bid mortgage rates below 3% farewell for quite some time. 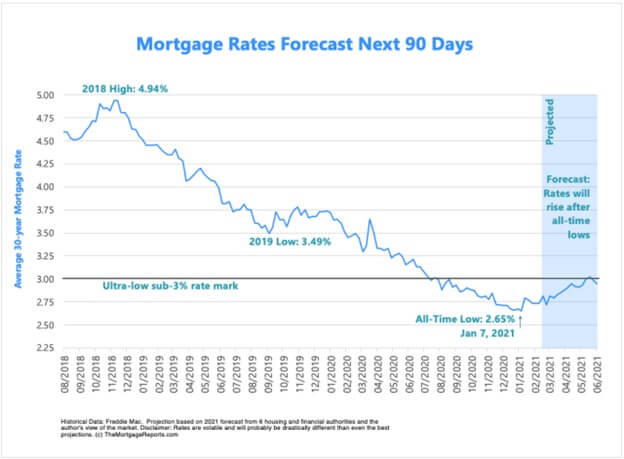 How Will Mortgage Rates look in April 2023?

It can be difficult to predict what mortgage rates will look like a year from now, but we can start by understanding what Freddie Mac and Fannie Mae are forecasting for the second quarter of 2023.

As of mid-March 2022, mortgage rates are currently higher than either of these institutions predicted, so it wouldn’t be too far-fetched to predict that rates could look much higher than their 2023 predictions as well.  This may not be great news for homebuyers as paired with continued supply-chain challenges in the housing market, this could mean much higher prices for homes, making it more difficult for Americans to afford new homes.

With political and economic events influencing the US economy, higher mortgage rates may be on the horizon for new homeowners for 2022. Since there’s a chance the housing market won’t see these rates again for a while, some borrowers may be tempted to sign up for a new home loan prematurely. Borrowers should weigh their options and consider their timing carefully as that may make a difference in how much money they end up spending on their mortgage overall.

Gasoline price affects every sphere of society, whether through inflation or geopolitics. Crude oil, one of the most widely traded commodities, makes...

Read more »
Advertiser Disclosure
This website is an informative comparison site that aims to offer its users find helpful information regarding the products and offers that will be suitable for their needs. We are able to maintain a free, high-quality service by receiving advertising fees from the brands and service providers we review on this website (though we may also review brands we are not engaged with). These advertising fees, combined with our criteria and methodology, such as the conversion rates, our team of reviewer's finding and subjective experience and product popularity, impact the placement and position of the brands within the comparison table. In the event rating or scoring are assigned by us, they are based on the position in the comparison table, or according to other formula in the event specifically detailed by us. See our How we Rate page and Terms of Use for information. The reviews, rating and scoring are provided “as-is” without guaranties or warranties regarding the information contained in our website, which shall not be considered as endorsement. We make the best efforts to keep the information up-to-date, however, an offer’s terms might change at any time. We do not compare or include all service providers, brands and offers available in the market.