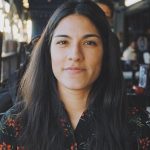 Taxes can be a cause of distress for some and a confounding task for many, especially for those who owe money to the IRS. According to data released at the end of 2021, Americans still owed over $114 billion in back taxes, penalties, and interest from 2020 tax filings. That’s not counting tax bills accumulated during 2021, which is just now being reported.

Whether you owe money or not, it’s important to have a solid understanding of the common tax penalties and fees the IRS can throw your way. It’s also important to know how to best handle these stressful situations so you’re not drowning in tax bills.

The tax deadline has been moved up a few days this year to Tuesday, April 19th. That provides some relief, but it’s not a good reason to put off filing taxes any longer than necessary. This is particularly true for anyone filing a paper return. The IRS is still backed up from last year, so waiting until the deadline and filing manually could result in unexpected penalties. Those could include one or more of the following:

The late payment penalty, also known as the “failure to pay” penalty, is a monthly 0.5% penalty assessed on the balance owed until the full balance is paid off. This penalty will be assessed each month until the total penalty reaches 25% of the billowed. After that, the IRS can no longer assess the penalty, but they may seek a lien on property or wage garnishment.

The late penalty can be reduced to 0.25% per month if the taxpayer makes an installment arrangement with the IRS. This is an agreement to pay the outstanding tax bill in monthly installments within an agreed-upon time. The IRS is sometimes flexible with installment agreements, but no agreement can exceed ten years, which is the statute of limitations for tax collections.

There is also relief available for taxpayers who can prove a good reason for not being able to pay on time. In that scenario, the failure to pay a penalty may be waived entirely. On the opposite side of that scale, if the IRS issues a final notice of intent to levy or seize property, the failure to pay penalty will increase to 1% per month ten days after the notice is issued.

What if you don’t owe taxes or get a tax refund?

Taxpayers who don’t owe taxes or expect a tax refund still need to file a tax return. Failing to do so will put the taxpayer at risk of incurring penalties, and interest charges on those penalties if they go unpaid. The IRS recommends that those with no taxable income file a $0 tax return to avoid this scenario. This number is also factored into social security payment calculations, so the IRS needs it to complete their report to the Social Security Administration.

The failure to file a penalty is assessed when taxpayers file their returns after the due date. The penalty is 5% of the unpaid tax for each month until the return is filed. Many taxpayers struggle with understanding what happens if you can’t pay your taxes. The IRS will work with taxpayers on that. Filing dates are something they’re less likely to be lenient about.

Ask for a Filing Extension

If you think you’re going to be late on your taxes and need a little extra time, it’s best to ask for permission rather than forgiveness. It’s also easier! You can request an extension of time to file your tax return by filling out and mailing Form 4858. This will buy you an additional six months to fill out and return your tax return without incurring any late penalties.

If you’re like most taxpayers, the majority of your income comes from one primary source—your job. You’ve probably noticed that your empl