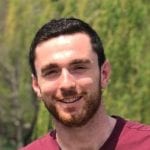 US President Joe Biden has announced a plan that will see the cancellation of $10,000 worth of student debt for borrowers who are in the low or middle-income brackets. The Biden administration is attempting to help people and their families to have a bit more breathing space when it comes to repaying loans, particularly as a result of the struggles that the COVID-19 pandemic has created for people.

The pledge from President Biden will cover federal student loans and will help millions of people in America. It was one of his campaign promises to give some student loan help to young people. The cost of both private and public college education has risen massively over the years, which often puts people in crippling debt.

It can take many, many years for people to ultimately pay off their student loans. According to an analysis from the US Department of Education, the average undergraduate student will graduate with a debt of almost $25,000. This can be a big weight on the shoulders of graduates before they have even stepped foot into the world of employment.

The current estimated level of total student loan debt in the US today is about a whopping $1.6 trillion. This figure is also constantly on the rise, especially with interest rates increasing. There is also a significant portion of people who borrow to finance their college studies but they ultimately have to drop out before completing their degree as a result of the strain the debt puts on them.

A reported 16% of all student loan borrowers are currently in default. Biden has released a three-part plan to give some extra breathing room to those with student loan debt. As well as providing a certain level of debt forgiveness, the plan also aims to make the whole system of student loans to be more manageable for borrowers.

By cutting $10,000 off the total debt of targeted students, these people will be paying significantly lower monthly repayments and be able to whittle down their total borrowings at a faster rate.

The US Department of Education announced this last extension on August 24th, with the pause on student loan interest, collections, and repayments being in place now until December 31, 2022.
The pause originally came into place in order to help people during the COVID-19 pandemic. As a lot of people were out of work, they were struggling to make ends meet and continue with their regular student loan repayments.

The Biden administration has been working hard to help people out when it comes to their student loan debt. With the level of student loan debt being so large in the US, it is an issue that needs attention, with the administration taking some steps that will hopefully help to ease the problem somewhat.
While the plan from President Joe Biden to cancel student debt worth $10,000 is a good starting point, further measures could be necessary to improve the situation.