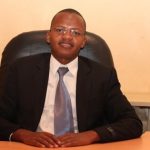 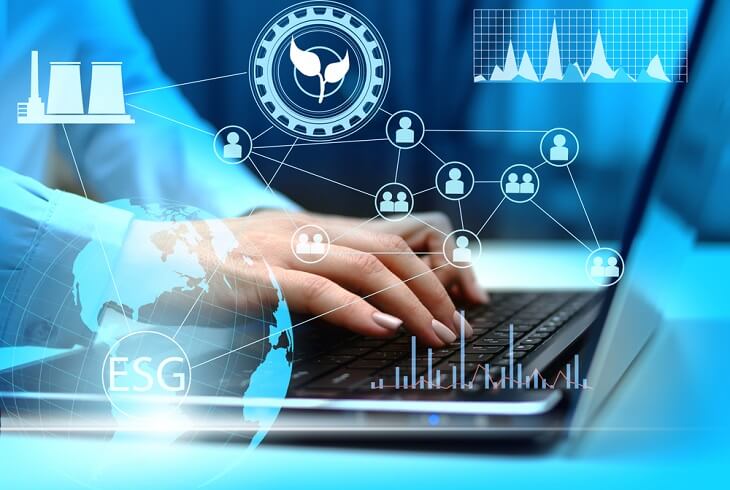 AI loans are becoming an inevitable trend that small businesses are utilizing to make substantial steps for their profits.They have portrayed unprecedented advantages that support business growth at every stage. Numerous real-time stories have displayed the succession from AI loan borrowers.

To show the benefits of AI loan, Xiomora Rosa- Tedla is a good example. For instance, Xiomara Rosa-Tedla needed a small loan back in February 2020. She was looking forward to boosting her e-commerce startup Unoeth and fighting to be in the frontline in making better sales.

However, she did not seek funding from a bank officer or any other conventional means but went for an algorithm. Her company is a joint venture with her dad, and they are involved in selling leather handbags, among other handmade accessories. During this duration, Rosa-Tedla had a huge accumulation of unsold inventory. Hence, she needed some bucks to buy ads that would help her market via Facebook and Instagram. She knew that this would help her disseminate information to the relevant audience and aid in the fast sale of her supply.

Rosa-Tedla opted not to sell a portion of the business to a venture capital firm. In addition, she evaded getting funds from bank loans as she was aware of the risk that accompanies such funding through collateral. She downloaded an app called Clearco, which has been developed by a lending company.

The app scrutinized Unoeth’s sales, revenue, and website traffic. After the scrutiny, an algorithm presented her with three funding options. One was $5,000, the other was $10,000, and the last was $18,000. She opted to go with $5,000 and received the funds within two days with no human interaction.

In 2020, fintech companies like Clearco provided AI funding to thousands of businesses which totaled billions of dollars. This means that most small businesses are relying on ai loans to get financing for their operations. It’s because there is no human intervention, and the loans are processed within a short period. An algorithm decides on which business to receive the funding, the amount to be granted, and the lending terms.

AI Lenders Are Attracting a Growing Number of Businesses

It’s no secret that AI lending is luring a whopping number of customers. There are numerous reasons for applying for a business loan, such as starting a business, expanding a business, or marketing. For example, since the launch of Square Capital in 2014, the company has had a total of $9 billion in AI lending, while Shopify Capital has had $2 billion since 2016. By 2020, Clearco’s lending clocked $1 billion and is projected to rise by the end of 2021. Let’s look at the graph below to have an overview of Clearco’s AI lending.

According to Zavian Dar, a partner at the Lux Capital, the exponential growth of AI funding has created undisputed competition against traditional forms of funding. This is because of the high risk imposed by conventional loans, such as applying for a loan against your home. Most small businesses were looking forward to a bridging to aid in maneuvering their operations. In recent years and future projections, AI lending has proven to be a financial mediator, which has provided a large middle connection in the market.

Different businesses have discrete business needs and goals, which require one to get the best business loan for their business. Algorithms have a straightforward vision of deciding which business will be granted AI funding. This is as opposed to human intervention such as bank officers who depict information such as who launched the company, the products they sell, or any other kind of data. Companies that have incorporated AI in their lending operations claim that they have a tunnel vision of analyzing.

For example, Square Capital revealed that their model censors limited data such as processing volume, payment frequency, and customer mix. According to Clearco, their model internalizes revenue data and looks into profits from each sale, sales growth, and companies who browse the company monthly.

At first, Clearco’s tried estimating the thresholds of a successful e-commerce business. They coded their model to provide AI lending to qualified companies regarding sales, profit, and traffic margins. This resulted in a 20% loss of funds, according to Romanow sentiments.

They trained the model to derive autonomous rules to solve this menace, which has recorded impressive results. Since then, the model scrutinizes the results of past lending, which aids in getting patterns and spotting companies with a higher potential of repaying debts. After the first year, the AI demonstrated great improvements, which have led to higher profit margins in AI lending.

There are also other crucial aspects that require adjustments to ensure that AI algorithms deliver the utmost results. Some data variables such as gender or ethnicity may have effects on AI lending. For instance, the number of women who receive loans is more minor than men. Yet, they may be having equivalent credit scores and income. Such historical data may lead to frequent errors and biases during AI lending. This may require manual interventions to tweak such biased data and mistakes that may arise due to AI assumptions.

The growth of AI lending and other services has created a hotspot for e-commerce and payment companies to venture into extra business. They include companies such as Shopify, PayPal, and Square.

Such companies possess huge amounts of data concerning their client’s businesses, which gives them an upper hand in deciding the most profitable companies. This data also aids in providing insights on the riskier ones. Hence, they can elevate the capital costs to cater to greater risks.

According to Clearco, there is no intervention on the model’s algorithms decisions, but e-commerce and payment platforms deploy human reviewers to scrutinize certain deals.

AI-powered lenders claim that they are providing a funding niche that traditional banks and capitalists cant serve. Their funding is a quick infusion in which founders and personal connections are not necessary. They also state that their systems can offer funding to diverse investments, which conventional loans can’t achieve. According to some founders, AI funding offers a faster and easier mechanism of catering for routine operations, expenses, and growth.

As stated earlier, some aspects may lead to biased funding. Such elements include race, gender, and sexual orientation. They are rooted in financial institutions and decide who to get a loan and the terms involved in the issuing. This has resulted in banks and other conventional systems deploying AI models in an attempt to provide a turnaround.

AI models are fed with historical data and patterns that, when not looked into, may lead to similar human bias. This is because they utilize biased credit decision data obtained from decades of previous records of housing and lending markets. If they are not deeply scrutinized, they may alter with precise AI lending decisions, extending the world’s wealth gaps.

Countries in Asia and Europe such as Singapore and the United Kingdom are issuing guidelines to enhance fairness when using AI and cover even lending. However, the bigger question is how financial institutions and lending companies can tweak historical discrimination and promote a more inclusive economy.

This can be mitigated by customizing AI-driven models to operate more on equity rather than dwelling on historical accuracy. To elaborate, they should discard data on the loans and mortgages issued back then and consider how the loans would have been issued in higher fairness ranks. This is because, after feeding data to the model, manual interventions may result in self-fulfilling assumptions and errors. Additionally, the original mistakes may be repeated and amplified.

Nowadays, conventional financial institutions utilize AI models to identify and correct trends that lead to women’s discrimination. For instance, a certain lender discovered that women would have to earn an extra 30% more than men to have an equal approval of loans as men. As a result, the model predicted how loan decisions would have been implemented and approved loans based on more equitability in the future.

Despite data correction, financial institutions may require additional measures to eradicate bias and traces of its effects. There are AI models that have been created to not only depend on historical information but also impeccable scores on fairness. There is an additional attribute that penalizes the model in the case of different class treatments. An example is a young and old applicant having discrete access to AI loans.

Paying Off Loans by Revenue Sharing

There is a notable difference between how conventional and AI loans payments. For banks and credit card companies, payments are made via monthly charges while venture capitalists acquire an ownership stake in the company.

Nonetheless, payments are totally different in AI lending. They major in revenue sharing, where a company pays a section of the debt each time they make a sale. Though the terms may vary, the criterion is identical.

The small cuts may range between 1% and 20% of each sale, depending on the consensus. Hence, the more a company makes huge sales, the faster it will finish paying the debt. AI lending and payment have other numerous merits to borrowers. One, the AI lenders do not report customers to credit bureaus if they do not complete paying the loan. This is quite essential as it does not tamper with the borrower’s credit score.

Additionally, they do not ask for any kind of collateral that can provide solace to borrowers if the business records losses. The borrower can walk away from the debt without intensive penalties. Finally, depending on one’s sales frequency, a borrower can finish paying the debt without pressure from monthly charges.

Moses Will Last update: 17 November 2021
Moses Will is a pro in the world of finance and real estate. Having been in the field of writing for the last 12-years, he has all it takes to produce top-notch content. He is a guru in writing guides, articles, blog posts, product reviews, tech and SEO. Apart from writing, he is also a finance tutor.
Read More...
Is Business Loan Interest Tax Deductible?

Do you need some money to launch your small business, tackle an existing business project or expand your marketing efforts? The Internet has no...

Read more »
How to Qualify for a Business Loan?

A business loan helps one to begin or expand their present enterprise. It is always essential to plan and read the process of getting business loans...

Read more »
What Collaterals Can Be Used for Secure Business Loans?

When one thinks of borrowing money from a lender, two options are available; secured business loans and unsecured loans. A secured loan requires...